Out of Character Information 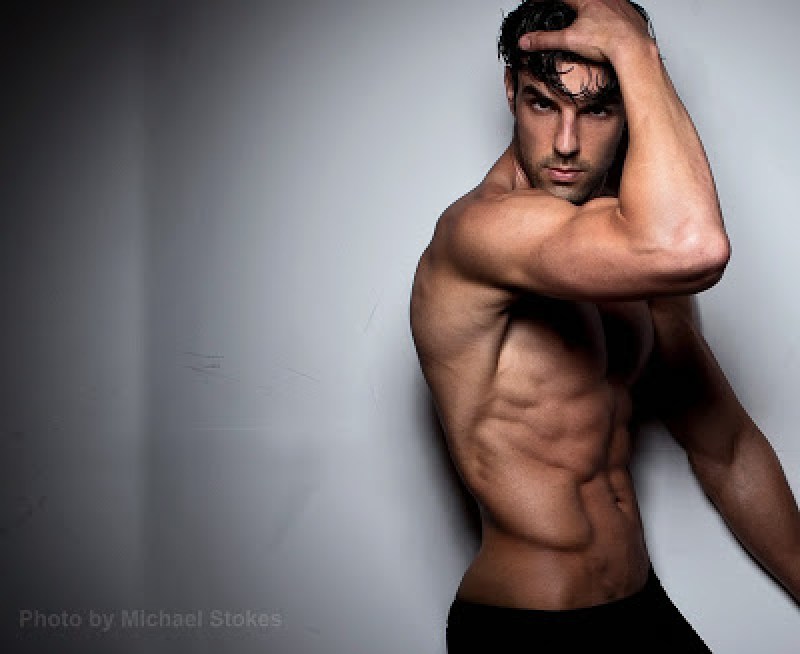 If you've made it this far? Great! Thanks! I don't expect very many people to look beyond his Profile page for all the eye candy, or the Stories page for all the information on settings he can be played in. I do have a few ground rules I'd like to address - mind, many of these are mirrored on his F-List page, so this might seem like something of a repeat.

-I will be respectful to you as a fellow RP'er. While Bohndan is a horrible human being, I am not my character. If anything, I'm the exact opposite. I'lll treat you with respect, if you treat me with respect. Fair enough?

-I will not play with people that are elitist in any fashion. While certain minimum post length requirements are certainly acceptable, I won't even approach you if you mention or state anything similar to out-oof-character elitism in your profile. Examples include (but are not limited to): Extremely high and inflexible post-length requirements (multi-para every single time - sorry, some situations just don't call for it), insulting demands for certain types of images (i.e. specifically bad-mouthing the use of real photos, not just being disinterested in them), requiring out-of-character or personal time ("you must be online every day or else"), restrictions on posting style (demanding the use of "/me" - I use my own style, I'm not changing for anyone), or restrictions on experience (believe it or not, I've met people that don't want anything to do with someone as experienced as me and demand you have LESS than 7 years RP experience).

-Please have some kind of character picture. While I understand if you're having problems finding "just the right one" and may play with you without one, I will be the first to suggest or offer a substitute. If you can only link your image from offsite, that's fine, too.

-No magic. This is listed in his Kink's "NO" column for a reason. After over 20 years of RP experience, I've seen people abuse Magic any way they want to dominate the RP or invalidate my character's actions with a Deux Ex Machina-style hand-wave and less than two sentences. I may make an exception for "healing magic only" types in the right circumstances.

-No "God Mode" creatures. That is to say, anything created by magic/involving magic, anything with psychic abilities or involving them, characters that are so powerful or so skilled that every situation is utterly effortless to them/they cannot be harmed, outside of actually fighting a God.

-People with Passwords in their profiles. I'm not going to hunt for it, fuck right off with that shit. If you approach me, and you have a profile like this, don't expect me to mention the password if I find it. In fact, if you get condescending about it, I might just block you.


I must point out the following facts about Boh:
-He is NOT YOUR WHITE KNIGHT. He's a brutal murder-and-rape machine. While he might take pity on someone caught in the crossfire of a bad situation, he won't help them for free. You better offer your body - or money - before he takes what he wants instead.
-If it hasn't been drilled in pretty well already, Bohndan is a brutal person, and his stories are brutal as well. If you're co-starring instead of being a victim, your character should pass the "1980's Action Film Character Test" (they should be ready for a fight right off the bat, or be eager to learn how to do it).
-Bohndan won't coddle your character. If you sign on as a co-star and not a victim, then have your character drop to the floor and curl up in a little ball sobbing, I will give you one chance to have her to grow a set. If you don't correct your character's cowardice, after agreeing to make them not-a-coward beforehand, expect Bohndan to shoot her in the very next post, follwed by me blocking you. Seriously, I've had this happen to other characters in the past - don't be a dick, don't change your character all of a sudden. If you can't handle being a co-star, then be a victim and agree to let him ravage you. On the other hand, if we agree that your character is going to evolve-over-time, then this is invalid - since the story is supposed to be about her evolution from School Marm to Betty Bad-Ass.
-If you sign on to be a victim, your suffering will be in direct corellation to your resistance, most of the time. If you fight back hard, and claw his face, expect to get smacked around and your hair pulled, or shot with his non-lethal rubber bullet gun. If you just give in and let him ravage you, you'll probably just make it out with a good, hard, fucking. Tears make excellent lube, but so does blood, in Bohndan's eyes.
-If you're coming to Bohndan to willingly fuck him, he can be soft or hard. Depends on his mood (as in, it depends on what we agree on).
-If you like it extra kinky and really want to be ravaged and destroyed, please ask about our "Gang Rape (with a real Gang)" option. Expect Bohndan to go first and hardest.


Lastly, I would like to call out specific behaviours I've seen in the past. These infuriate me to no end, and will likely cause me to stop playing with you. While these may be referenced partially on his F-List Profile, I decided to directly put them here, to prevent my Profile from looking like a complaint board:
-I really don't care about your spelling or grammar, as long as I can decipher it. But, if English is not your first langauge, feel free to tell me what your native laguage is. I have some limited knowledge of some Romance Languages, German, and some Slavic langauges. Nowhere near conversational levels, but enough to decipher what happens when native speakers of those languages try to tackle English as a mere hobby, or try to use basic level English to RP with. I can tone down my own language so it's easier to understand, but you have to tell me, first. I've had problems where non-native English speakers complain that my English is "too hard" to understand, while not telling me in the first place that they're not native speakers.
-Super slow responders. I get it - people get busy, which is why I usually open a PM with "Are you busy?" as an honest question. If you are, I'll ask if I need to leave you be. If you aren't, then go silent on me for 20-30 minutes with no warning, then come back and act like nothing happened, repeatedly, expect me to call you out on it. Politely, at first. If you blow it off and keep doing it, expect me to leave.
-Drop me or ignore me after I've spent a lot of time spoonfeeding a whole plot, new character, setting, and everything else for you. I don't mind doing the work, if you're willing to actually play. But, if you start blowing me off for no good reason (and I'm quite flexible on "good reasons"), ignore me, whatever, don't expect me to contact you and come begging for RP after I've been turned down several times or outright ignored.
-People who refuse to talk OOC about anything except the RP. I'm sorry, I like to get to know my writing partners when we're doing more than knocking boots. If that's all we're doing and you want an IC-only interaction, fine, whatever. But if we're going to do a long-term RP, I'd like to be able to exchange pleasantries and talk about basic stuff without feeling like I'm doing something wrong. I have no problem keeping IRL stuff to a minimum, and I have no problem avoiding PID (Personally Identifying Data or Descriptions), but come on, we can at least mention that we're going to get food or something and have a few brief hello's and whatnot. Yes, this one is important to me. I don't feel right playing with people who are unwilling to casually chat and be responsive OOC, and brainstorm together. Oh, and expect me to ask our age if I suspect something's up - I may not report it, but I'd like to at least know what I'm getting into. If you're sensitive about being "too much" over 18, just say you're "over 18" and I'll drop it.
-Please read my posts carefully. If you "don't get it" or something, ask questions OOC, and I'll try to explain. If you completely ignore my post and invalidate it with your own actions in your next post, and carry on in your own little world as though I don't exist, expect me to leave immediately. If you make an honest mistake - and we all do from time to time - I'll point out what happened and see about helping you salvage your post with a supplimental work-around post. I can be very forgiving about this, but if I see repeated violations of this In-Character, yeah, I'm just going to leave.
-Placed ironically last: People who do not read profiles! If you've gotten this far, you deserve a cookie. But, no, that's not a password or anything.